Mother's Day and a Walk Down East Avenue 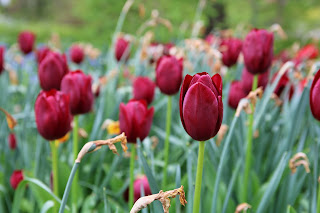 It's days behind us now, but I do want to say that I has a very lovely Mother's Day this year. It started out a bit different from other years, but that was intentional on my part. This year I decided to be proactive. 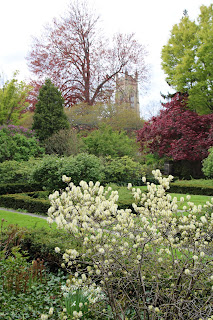 On Mother's Day I often find myself desperately afraid of my own expectations, and terribly afraid of transferring them onto my children. I didn't want to sit at home waiting for something to happen and then be overly emotional by the end of the day should things not turn out as expected, so I made some plans. 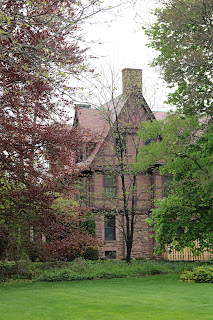 My friend Chris and I decided to meet for breakfast at a little bakery on Park Avenue in Rochester, NY. I've wanted to go for a long time, but didn't want to venture there alone. Chris suggested, since the weather was forecast to be nice, that we go for a walk afterward, so I sent each of my local kids a text letting them know I was going to be busy during the early part of the day, but would be home after 3 pm. I think they were perhaps a little surprised, but it was really an effort to eliminate the pressures we often feel on both sides. 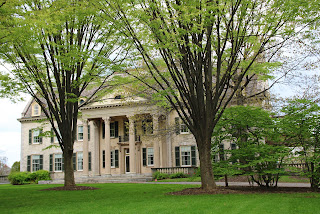 Chris and I both ordered fancy waffles and enjoyed chatting while we waited for our breakfasts. When we were done eating, we walked a block over to East Avenue and took a self-guided tour of the gardens outside the George Eastman House before walking several block farther into the city. It was a lovely afternoon and I took pictures along the way. 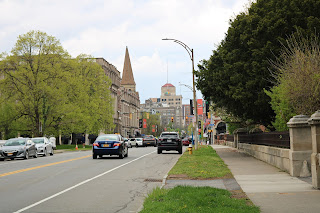 My kids came over in time for pizza later in the day. I received hugs, cards, and a variety of gifts. Gifts and cards are fun, but the best part was the hugs from kids and grandchildren. I also got a phone call from my Minnesota son and that was pretty special too. 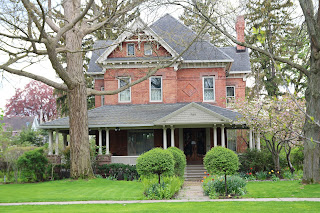 I think sometimes moms are more afraid of Mother's Day than anything. Afraid of disappointing, and afraid of being disappointed. There have been many years when I was more than a little relieved when it was over, but this year was just right.

Photographs from our walk.

Labels: friends, out and about, out to breakfast, Rochester