There are a lot of reasons why I love children and one of them is that they are so entertaining. Last night I came home to find my little grandson playing wooden train tracks with his daddy. When they were done playing trains, Sergio got out a new game. He set up some empty soda and water bottles, and they played bowling with Number Nine's little soccer ball. It was a great game. At one point Idris pointed toward the "pins" and said to his dad, "You go over there and be the princess." Ha ha! I'm still trying to figure out what he was really thinking, and every once in a while smiling and calling Sergio "Princess." 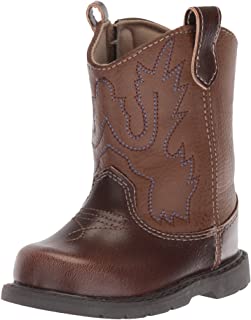 At work my little friend Maren is the star of the show. She is a spunky, sassy, energetic seventeen month old who is almost ready to leave the baby room for the toddlers. She is part tumbleweed, darting about the room, climbing, bouncing, running, and making her friend Adam laugh. He finds her hilarious. Today she pulled one boot (miniature zipping cowboy boot) off her foot, and then sat down to try and put it back on. She held onto the loose toe of her sock to steady her foot, but when she brought the boot up to her foot, her hand was in the way. She would let go of the sock, and boom, her foot would drop to the floor. She attempted to hold her foot in the air, but she couldn't hold her foot steady enough to get her toes into the shoe. As she struggled, 14 month old Brayden watched. Suddenly he reached over, snatched the boot, and tried to put it on his own foot, and Maren shot me this look of disbelief. Ha ha! and then she snatched it back. All the while I was giving either Nattie or Pen a bottle and couldn't step in to help. It was quite the show.
Posted by Martha at 11:01 PM